Up and Engagė in Paris and Washington 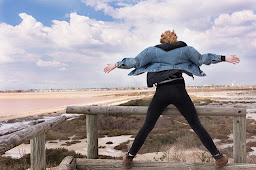 Words often taken on a wide variety of meanings and applications. Thus, their actual usage and frequency generally varies from language to langauge. For example, the verb to engage is a powerful verb both in English and French but is more common in French due to its importance in the political culture.

The dictionary definitions mainly mention its financial or mechanical aspects. Webster’s English Dictionary defines engage as the actions of offering, supporting, entangling, securing a financial instrument and operating with the past participle referring to the announcement of a future wedding. Little Bob (Le Petit Robert) mentions pawning, promising, activating and securing. The idea is that to engage is take an active step, whether in terms of money or action.

Beyond those technical acts, the French have a long tradition of being engagé, i.e., their cultural leaders being actively involved in ideological or political matters. The tradition dates from the time writers achieved independence from the Church. Voltaire advocated enlightenment ideas and vegetarianism (no connection), albeit from the safety of Prussia. Later, Emile Zola wrote J’accuse to protest the actions of the French military in the Dreyfus affair and Jean Paul Sartre actively challenged proper bourgeois thought. The right has had its share of active ideologs, including Louis Ferdinand Céline and Pierre Drieu La Rochelle. Some were even elected to the Academie Francaise, the elite club of French writers, both before and after World War II. Of course, singers have also expressed their opinion, generally anti-war, such as  Jacques Brel, who sang La Columbe (the Dove) against the War in Algeria, and Jean Ferrat, Un air de liberté, against the Vietnam War, not to mention Miss Maggie by Renaut Even if many people disagreed with their stance, their political activism added to their status as they were perceived as contributing to society and acting as leaders. An “unengaged” artist is in some way not fully contributing.

By contrast, being politically involved in the United States, the English equivalent of the French engagé, is a risky path to take. For example, Mohammed Ali and Colin Kaepernick paid heavy prices, the loss of freedom and career respectively, for their courage in standing up to the establishment. Many dispurged the Woody Guthrie as a communist due to his politcally pungent songs about the effects of the great depression of the 1930's Certain radio stations did not play the songs of anti-war singers such as Bob Dylan, famous for the answer is blowing in the wind, and Joni Mitchell, who sang Fiddlesand drums. Not only are American celebrities cautious about expressing their political opinions, in retrospect they are not especially appreciated for candor. The actors George C. Scott and Marlon Brando are not any more esteemed today for having refused their Oscars as a political statement. It is no wonder that James Lebron is very cautious in his support of Black Lives Matter. To paraphrase the French term for a dumb blond, play a sport or sing songs but shut up.

England has a long tradition of writers with strong political opinions. Rudyard Kipling was a staunch imperialist to the bitter end of the empire while George Orwell was a critical socialist. Musicians have taken stances. Even the Beatles criticized American involvement in the Vietnam War. Yet, they neither lost nor benefited from their activism. Their opinions are mere side notes to their achievements much like Dostoevsky’s rabid antisemitism does not distract from his reputation as a writer.

Curiously, in some Arab countries, such as Egypt, political expression by intellectuals tends to be of the nationalist variety. The reason is historical. When the Turks started to allow Arabic language teaching and publications, the right to speak Arabic and be a nation were radical thoughts. This nationalistic tendency is still evident and even encouraged by governments. So, many other countries also have a tradition, albeit limited in numbers and direction, of political engagement by its intellectuals.

Worldwide, drivers engage their gears while financiers engage their money without fear of their political future. However, most of the world, cultural leaders become engagé in political causes at great immediate and long-term risk, especially in the United States. However, in France, going against the wind is almost an obligation for any cultural icon that wants to be considered serious.

*Always add a caption to pictures to allow blind people to enjoy posts.

Posted by Stephen Rifkind at 8:14 AM