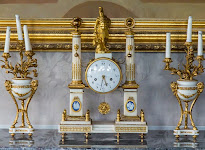 On a recent episode of Kobi and Lital, a docucomedy series in Israel examining various life issues, the two comedians, each around the age of 40, were given expert advice how to increase the number of their followers on Instagram. These experts were half their age or less. It was quite striking and entertaining to see not only how unfamiliar and incompetent the hosts were with new media forms such as TikTok and Instagram, but also note the gap in mentality between the two generations. This difference is also increasingly evident in the business world.

“Facebook is for old people” was a phrase repeated several times during the show. It is apparent that many younger people consider raising and responding to an issue in a written text, even a single picture, passé. The under-20 group values 30-second clips. For those that, to paraphrase the Genesis song, can’t dance and can’t sing and can’t invent a story every day, these media forms are very uncomfortable and almost inaccessible. Posting a daily story with trivial pictures with captions seems much ado about nothing for older people. The generation gap is clearly evident in the use of media.

This discrepancy in technology is partly a reflection of a difference in worldview. Almost 60, I grew up in a United States where the “I” was subordinated to the “we”. While children had individual needs, they were part of a class, family or team. This distancing from the ego was even reflected in writing where the use of the first-person singular form was discouraged, even forbidden in formal writing. As adults, it was generally we or the company that sold the product or provided a service even if it was a sole proprietorship. Even in autobiographies for conference program, it was accepted practice to use the 3rd person singular form: John Doe has more than 30 years’ experience. By contrast, at least in Israel in 2020, children and young adults are encouraged to promote themselves. What is more shocking than the number of people that film themselves doing banal tasks is the number of people that watch them, to the tune of the hundreds of thousands, if not more. What my generation considered egocentric, even crass, is now proper self-esteem.

This change has already affected the business world. First, younger executives tend to feel less need to learn the ropes from older workers and wish to become entrepreneurs at an early age. Moreover, these business people under the age of 25 are native to most if not all of the current mass media forms and therefore comfortable with their use. By contrast, employees aged 40+ often struggle with the how and why of these same forms. Furthermore, many older workers find the blatant personal approach a bit too much and beyond their personal comfort zone. Age is becoming like East and West as Kipling would say.

The clock keeps on ticking, creating natural generation gaps. One omnipresent form of this change involves media use, not only in the technical details but also the raison d’etre of their use. In this sense, the world, including the business world, belongs to the youth.

* Always add a caption to pictures to allow full access to blind people. Image by <a href="https://pixabay.com/users/hrohmann-848687/?utm_source=link-attribution&amp;utm_medium=referral&amp;utm_campaign=image&amp;utm_content=700874">Hans Rohmann</a> from <a href="https://pixabay.com/?utm_source=link-attribution&amp;utm_medium=referral&amp;utm_campaign=image&amp;utm_content=700874">Pixabay</a>

Posted by Stephen Rifkind at 8:16 AM