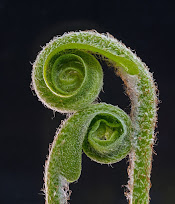 Like many immigrants and translators, I became bilingual as a result of life, not education. In the latter case, people learn two or more languages in school and use them at home or in the street, creating a strong base of both languages in the mind. On the other hand, those who acquired this skill later in life moved to another country, spoke the second language at home with a partner, maybe raising children in that language, and, most importantly, worked and socialized with people in that second language. Thus, the adopted language was superimposed on the mother tongue.

I can claim at least three generations of wandering Jews in my family, all who became bilingual. My maternal grandmother immigrated from Poland to France, then to Canada and finally to the United States. She spoke French, Yiddish and English, all quite well. My mother immigrated to the United States in the early 1950’s from France with no English at all. Some 70 years later, her English is quite good. I moved to Israel 30 years ago and fully function in Hebrew. Thus, on this subjective and limited sample, I can make several generalizations on the war of the words between L1 and L2.


It is clear that the acquired language never reaches the level of the mother tongue. First, certain syntactical errors never disappear, especially with prepositions, which vary by language and defy logic. See the Ziva effect in NCIS.  For certain words, pronunciation is problematical either because it involves a difficult sound, such the English th or Hebrew and Arabic voiced ch, or the word in both languages is so close but not quite the same either in terms of a letter or accented syllable. Finally and most annoying, it becomes frustratingly difficult to form a sentence or remember a word when tired or under stress. Suddenly, it becomes impossible to say what you want to mean even though normally there would be no problem because the brain is not functioning properly at a given moment. The second language almost never becomes as accurate and natural as the mother tongue.

This deficiency has several annoying results. First, people often believe that your accent and apparent language deficiency means that you are stupid and treat you as such. The reality may be that your knowledge of their language may be far superior to theirs but rien à faire, as they French would say, i.e., there is nothing to be done about it. Also, due to the fact that adult emigres never studied in school, their writing skills are probably below the level of other language skills. This means that there is a tendency to ask native speakers to handle important writing tasks. Thirdly, depending on options, other family members tend to handle the administrative telephone tasks that are so part of daily life, including discussions with the various utilities, municipal functions and tradespeople. These “blind” conversations are simply less stressful for them. Also, curiously, phrasing from the acquired language start entering the mother tongue over time, creating the unpleasant situation that a person speaks neither of the language completely properly. As my grandmother and mother would say, in terms of perfect language, you are nisht ahin, nisht aherr, neither here nor there.

In fact, despite the ridicule from friends and family, being bilingual is an enriching experience. Learning and applying any new language opens the world to more people in terms of millions. Knowing Spanish alone allows direct communication with almost 500 million people. The language also opens up a new culture, which includes tastes, ceremonies and beliefs. It is amazing how different weddings can be. Most importantly, it opens the eyes to different and maybe better ways of living life. Just as people do not have to live exactly how their parents lived, nor do people have to live as the society in which they were born defines as normal. People have choice in almost all aspects of their lives. They often only need to be exposed to the options. Learning a second language at any age is the window to those opportunities. The world expands as we learn languages and gain access to cultures.

Thus, for those who have forgotten the foreign language they studied but still dream of moving abroad, it is never too late. People, especially children, may laugh at your mistakes but that is a small price for immersion in a completely different world several hours away by plane. If that is the dream, better late than never.

*For the sake of the blind, add picture captions. Picture care of pixabay: Image by <a href="https://pixabay.com/users/adege-4994132/?utm_source=link-attribution&amp;utm_medium=referral&amp;utm_campaign=image&amp;utm_content=5133721">adege</a> from <a href="https://pixabay.com/?utm_source=link-attribution&amp;utm_medium=referral&amp;utm_campaign=image&amp;utm_content=5133721">Pixabay</a>

Posted by Stephen Rifkind at 9:30 AM

Email ThisBlogThis!Share to TwitterShare to FacebookShare to Pinterest
Labels: bilingual