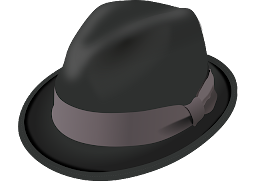 At the college where I teach, the Braude School of Engineering in Karmiel, Israel, we have changed the curriculum of the required English classes to include writing of paragraphs. The students are high achievers as getting accepted to engineering school requires high grades. Ranging in age from 18 – 28, they are highly motivated to learn. They are required to take two or three English courses, depending on the department but may have to take more if their starting English level is too low. In terms of vocabulary and comprehension, they have little problem handing general and even specialized texts but often initially struggle in writing a simple sentence properly. Yet, in practice, the main challenge in teaching them writing stems not from transmitting the technical aspects of the art but in overcoming the varying degrees of starting ignorance suffered by the students.

One serious deficiency created by the Israeli educational system is the lack of ability to organize ideas and thoughts.  In order to be efficient with the limited class time and the collective need of the students, teachers and school administration to achieve high scores on the Bagrut exam, the Israeli national high school matriculation exam, similar to the French Bac, teachers tend to feed summaries of the material to the students. As a result, most students get little practice in identifying and organizing main ideas. Therefore, when we request a student to write a paragraph with a topic sentence including three subtopics, many find it difficult to hit the nail on the head, i.e., write a topic sentence without any distracting elements. The issue is not their English, which is generally quite good, but instead the lack of skill in identifying the essential elements and expressing them. It requires significant work by both the student and teacher to overcome this obstacle.

Engineering students often are victims of the European academic distinctions in high school. It appears that science track students are supposed to be expert with numbers and formulas but don’t need to know how to communicate while humanity track students must know how to express themselves but are not required to understand science. Both assumptions are entirely false but so are many other assumptions of traditional education systems, frequently based on 19th century ideas. One of the results of this tracking is that many science students seem unaware that spoken and written language differ. It is necessary to reiterate several times that written text is expected to strictly comply with the rules of grammar, syntax and flow as well as employ a wider and higher variety of vocabulary. These students tend to write as they speak and often fail to understand why that is not acceptable. For example, they suffer from the ubiquitous use of the word and as a connector, a major no-no in written English. Students whose native language is Russia and Arabic have an increased tendency to insert the period at the end of the idea regardless of how many subject-verb combinations precede it. Again, only frequent feedback can create the awareness of the singularity of written communication.

Lastly, as most Israeli high school students write so few compositions in their own language, they have no awareness of the writing process.  Granted, it is more difficult to write a nice sounding sentence in English because it is a non-homogenous language, i.e., its roots are derived from many languages. Yet, as I tell my students many times and create long deadline to reflect, there is no such things as good writing, only good rewriting. Under extreme pressure from the heavy load of the first-year engineering program, they initially tend to write a first draft of a paragraph and believe they have completed the assignment. Only after several “bloody” paragraph feedbacks (from my corrections) do they start to apply the various QA techniques I suggest for polishing. Once again, these intelligent students lack understanding of the writing process and must be taught it.

Thus, writing, a new “can-do” task mandated by the Ministry of Education and Council of Higher Education in Israel, involves more than teaching English as a language, whose level varies significantly. Just as significantly, it requires an increase in the students’ understanding of the whole writing process, regardless of language, in terms of logic, form of expression and process. The key to achieving this goal is, fortunately, practice and feedback, which involve hard work by all parties. I personally de-emphasize grades in the practice stage in order to encourage students to go beyond their comfort zone. Strong feedback, including praise for successful elements, is the engine for change and improvement, however painful that may be. Furthermore, the rod should not be spared as students need to grasp and internalize that negligent (not poor) work will result in harsh but constructive criticism. In other words, the teacher must explain the rules and guidelines thoroughly but expect students to apply them. The reward for everybody’s hard work is a good grade on a final project in the short term and attainment of an important life skill in the long term.

The basic difficulties faced by these engineering students are not a result of a lack of intelligence but instead lack of training. As such, it is possible to overcome their lack of background and instill an understanding of organization, language and process through practice and caring. I am proud of the progress made by my students in the last 13 weeks despite (or maybe because of) the Zoom teaching. They worked hard and learned how to communicate a developed idea in English clearly and succinctly despite their initial writing blocks. Chapeau to them.

* Always include a picture caption to allow the blind to enjoy. Picture - Image by <a href="https://pixabay.com/users/OpenClipart-Vectors-30363/?utm_source=link-attribution&amp;utm_medium=referral&amp;utm_campaign=image&amp;utm_content=157581">OpenClipart-Vectors</a> from <a href="https://pixabay.com/?utm_source=link-attribution&amp;utm_medium=referral&amp;utm_campaign=image&amp;utm_content=157581">Pixabay</a>

Posted by Stephen Rifkind at 8:10 AM