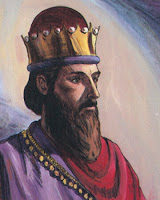 As I wrote last week, basic concepts may be universal to human societies and have a word to express them but the scope of the term may vary in terms of meaning and impact. All languages, including Hebrew, have a lexical item for justice since human societies sometimes experience internal conflict that must be resolved.  What makes the Hebrew word tzedek unique are the scope of its implications and their impact on Jewish society.

Formally, the dictionary definitions are similar on most languages. The Webster’s Unabridged Dictionary, an impressive volume in terms of physical weight alone, defines justice as being right, righteous, equitable, morally consistent, conforming to a principle, punished and compliant with the law. Le Petit Robert, Little Bob, emphasizes, appreciation, recognition and respect of the rights and merits of each person and the moral principles of positive law. The Even Shoshan Hebrew dictionary, the bedrock of the modern language, begins with “straight, honest, the way of truth” followed by mentions of salvation and rescue. The Hebrew meaning is more ambiguous since it does even hint at conformity to some formal standards but merely refers to an amorphous concept.

In practice, the word is used differently by each society. Some societies, notably the United States, emphasize the punishment aspect of justice. When people call for justice against a killer or rapist, they mean they want conviction and the death penalty. For example, Afro-Americans rightly demand justice against police officers guilty of superfluous deadly violence against members of their community. By contrast, those same minorities, who have been without access to proper hospitals during the Corona crisis, have not marched for rectification of this injustice, maybe since American society has the ethos of individual responsibility, i.e. we each create our own justice, positive or negative. Other societies, identifying the difficulty of substantiating justice and attempting to avoid the problem, have joined the terms law and order and justice. In other words, any action in line with current laws and regulations is just, regardless of its moral implications.  The results of such a merging have been absurd, such as some of the policies of the Great Leap Forward in China, or tragic, as in Nazi Germany. In any case, justice is defined against some established standard.

Tzedek in Jewish thought is ancient, developed and mainly a positive commandment. The Jews began as a tribal society where community values and mutual support were vital for survival. The weak, hungry and sick had to be supported in every way possible not only for reasons of societal tranquility in the present but for the future of the tribe. With the Torah and mitzvot, the positive commandments, these customs became scripturely rooted. Sharing, caring and helping, to name just a few, became a part of societal justice. Interestingly, the Hebrew word for charity, tzdaka, is derived the same root. The issue of punishment for deviations was discussed but was relatively minor. This recommendations for proper behavior were never completely specific as the form and scope depend on so many factors as to make “regulation” quite difficult, if not impossible. This ethos of group justice was reinforced in modern Israel by the kibbutz way of life, which was based on the socialist principles of “each according to his ability, each according to his needs” (Karl Marx). This meant that that a kibbutz was obliged to help each member regardless of that person’s actual contribution. Thus, the Hebrew use of the word tzedek is much more demanding on both people and governments as it requires positive action.

The problem with a “universal” justice is that it is in fact extremely subjective. On the personal level, each party in any dispute feels righteous, i.e., its point of view is correct. On a larger scale, in an almost zero-sum world, any change creates both winners and losers whether in terms of money and/or status. It is impossible to please everybody. Finally, even when governments try to be just, as in the current attempts to help businesses that suffered during the Corona crisis, there is a never-ending dispute on who is more miserable than the other, to twist George Orwell’s words in Animal Farm. It is extremely difficult to determine whose justice is more just.

As a result, Israeli society often sounds like the sea gulls in Finding Nemo when Martin the clown fish goes down the wharf: mine, mine, … Israelis exhibit no reluctance in expressing their feelings regarding injustice. The Israeli Supreme Court even directly hears request from citizens demanding justice. This cacophony expresses to a certain degree the lack of consensus in Israeli society about the meaning of justice but, at the same time, the consensus that justice should rule the actions of people and government not only in punishing criminal actions but in promoting an equitable and humane society. There is an old joke in the 1950’s about Ben Gurion, the first Prime Minister of Israel, asking Stalin about the number of people that have opposed his plans. Stalin answers “about three million”, the population of Israel then. Ben Gen Gurion responds that he has the same problem. It is not an accident that Shlomo (Solomon) is considered the greatest king in the history of Israel not due the size of his empire or strength of his military power but for his wisdom in administering justice.

* To provide full access to the blind, add picture captions.

Posted by Stephen Rifkind at 7:28 AM