Ode to the Israeli shitat mazliach or nothing ventured, nothing gained 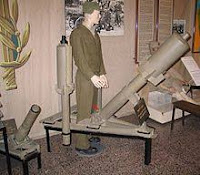 I will begin with two anecdotes. Scene 1:  Yanetz Levi, the writer of Uncle Leo’s Adventures ((הרפתקאות דוד אריה was invited to South Korea to launch the Korean version of one of his books and welcome by no less than a senior Korean government Minister, who asked him seriously if this book would help Korean children to be more creative and inventive. Scene 2: A middle aged person walks into the post office, sees a mass of people waiting for their turn, many of them of the third age, quietly approaches clerk and is then verbally assaulted by cries in at least three different languages of “there’s a line”. Seeing that the response “I just have a question” is not going to work, that person quickly retreats and sits down.

These two incidents illustrate, albeit in different ways, the Israeli technique of “Mazliach, imperfectly translated into English as nothing ventured, nothing gained. Its name is derived from the verb לחצליח [lahazliach], meaning to succeed.  The term came from a joke about a diner that asks the waiter why an unordered dish appearing on a restaurant bill is called “mazliach”. The answer of the waiter is “if the diner pays for it, it is successful.”  In practice, it means that any and all obstacles, written or understood, must be tested and should not be taken for granted. Its origins are deep as in the diaspora both the official and informal laws were stacked against Jews in almost all societies while its existence was reinforced with the founding of modern Israel because the country was materially poor and lacking basic material resources for some 25 years. Israelis were required to be inventive and think outside the box, whether it was in agriculture with drip immigration or the military with the Davidka, an improvised mortar in the War of Independence in 1948. Even today, overobedient children are ridiculed by their peers. Accepting the status quo has never been the key to success.

Of course, Israelis are both famous and infamous for using this technique. Israel is known as the leading startup company in the world and a leader in many technologies, including agriculture, desalination, IT and medicine. It is quite possible that many future breakthroughs in identifying and combatting the corona virus will come from this small country. On the other hand, people from more formal, rule-bound cultures frown upon the behavior of Israeli tourists and business people and view them as brazen. The ugly Israeli is as notorious as ugly American even if not all Israelis behave in this manner. However, to be fair, it should be noted that most Israelis do retreat and accept reality as occurs in the Post Office. For good or bad, the approach is often  if it succeeds, it succeeds; if it doesn’t, it doesn’t.

Back to the question posed by the South Korean Minister, the answer is positive but in a different way. The stories were made up by a desperate baby-sitting uncle trying to keep four children of different ages entertained. He then compiled his amusing tales and published six books in the series, which have been translated into numerous languages. The fact is that the unwitting writer improvised a solution, tested it and then created a worldwide success is a testament to the unbounded ambition of Israelis even if that does have a price. For foreigners, it is unsure how much this approach can be copied or reproduced but understanding it does help them to succeed in dealing with Israelis.

* To allow the blind to enjoy your posts, put captions below pictures.

Posted by Stephen Rifkind at 8:03 AM