There is an old joke about a discussion between a prostitute, engineer and lawyer regarding what the oldest profession is. The prostitute begins by stating the obvious, namely, that as long as there has been human civilization, there have been prostitutes. The engineer then mentions the biblical story of creation, which is in fact engineering. The lawyer then trumps [as in cards] everybody by reminding everybody that before there was creation, there was chaos, his contribution. Today’s post relates to the youngest of the three, prostitution, a word derived from Latin and originally meaning exposing yourself to the public. As this is a taboo topic in most societies, many code words exist for the women employed in it. While it is almost impossible to relate all the terms, with English alone having more than 60 words or phrases, probably because you are not supposed to talk about sex, languages approach this not-so-noble profession in many ways, including the time and place of its activity, the purpose and manner of its activity and positive and negative attitude about its morals.

A practical approach to nomenclature is to relate to the when and where of prostitution. An English lady of the night would be a French belle-de-jour and belle-de-nuit, depending on the shift, while Hebrew יַצְאָנִית [yatzanit], derived from to leave, emphasizes that these girls leave their houses, especially at night, an audacious act for females then and even now in some places. Their place of work is the street as reflected in the English word streetwalker and French asphalteuse and pierreuse. These words may not be compliments but do describe facts.

These women are in fact trying to make a living by attracting customers as recognized by other terms. The English term working woman, the French gagneuse and Hebrew זונה [zona] all relate to making a living or bringing home the bread as in the last term. They do so by attracting their customers by being a hooker, a word made famous by General Hooker of American Civil War fame and his soldiers, being available as a call girl or even providing an escort, or as the French would say, just being a sirène, as in those entrancing ladies made famous by Homer. It may be not be a noble profession but it is a business. 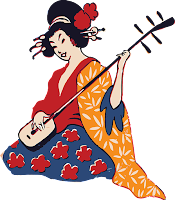 Some cultures had respectful words for the profession but some soured over time. The French once called them girls, putains, but that word lost all of its shine. Fortunately, they have positive terms, including fille de joie and femme galante, meaning a woman of joy and a gallant woman. The English terms whore and tart originally meant someone that enjoys and a sweetheart, respectively, but, alas, these lost their status a long time ago. As for the Hebrew, גַּחְבָּה [gachba] and נַפְקָנִית [nefkanit] are both derived from producing, pleasure presumedly. On a positive note, the Japanese language has a respected place for these women, a bit like the official mistresses of the last French kings, referring to them as courtesans and geishas.

However, the vast majority of morally defining terms are negative, emphasizing the light morals of these women. The English have called them loose women, floozies and scarlets, depending on the period. Less tolerant French would call one une fille lègére, a “light” girl, not referring to her weight. Hebrew identifies their broken values in the word פְּרוּצָה [prutza], relating to broken, and שַרְמוּטָה [sharmuta], the last derived from Arabic. Clearly, most of the morally-charged terms for prostitutes are negative.

This list of nomenclature is just a sampling. However, the sheer number of terms and their wide variety of approach show how prevalent and successful the third youngest profession is as well as the spectrum of perspectives in regards to its existence. As for any phenomenon, whether constructive or destructive, the importance of a concept can be ascertained by the number of words describing it. By that standard, the other two ancient professions have been far less successful.

Posted by Stephen Rifkind at 9:53 AM